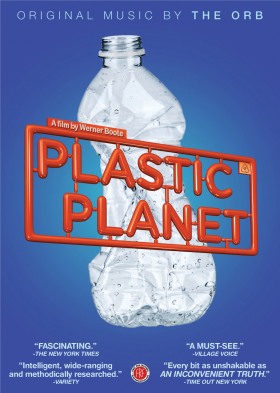 At the rate we’re going, we’re all going to need to isolate ourselves from the toxins we’ve dumped into our environment by diving into HazMat bubble suits. We’ll have to invent filters that keep the nano-sized particles of cancer-dealing crap out but, hey, we’ve got the technology for that… and plastics.

On second thought, no: plastics are one of the biggest sources of toxins. Bisphenol A, for instance, is a plasticizer that makes plastic, well, plasticy, and has been a known estrogenic since the 1930s. Estrogenics are those wonderful chemicals that are the secret culprits behind the bitching and moaning of the Iron John crew. Chief among them, Robert Bly has long complained that men have become too feminized, and clearly plastics are to blame, not doting mothers. I mean, look at the amphibians: scientists have been observing them changing sex, from male to female, mid-stream for years, so why not humans, too? END_OF_DOCUMENT_TOKEN_TO_BE_REPLACED

Jim Rimmer was a British Columbian printer and type designer who cast metal type using the now nearly lost pantographic technique. If that’s all Greek to you (or, if you’re a graphic designer, maybe it’s all greeking to you, too), you need to watch this film by book artist and P22 founder Richard Kegler. END_OF_DOCUMENT_TOKEN_TO_BE_REPLACED 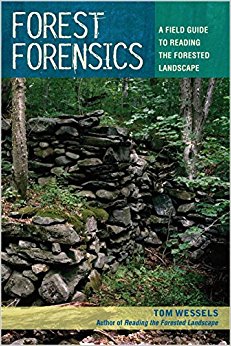 What snapped that tree? Everybody is asking this and similar questions, obsessed, as we are as a culture, with forensic investigation. What is weevils gnawing from within? Was it wind or snow load that toppled it? Or did it die for some other reason and thus snap due to lack of internal structural integrity?

Read Tom Wessels wonderful little book and learn. Better, pop it in your backpack and learn as you hike. Although written for forests of the northeastern part of the U.S., the principles involved are pretty much the same in all forest. (The particulars surely do vary by bioregion, though.)

With dozens of color photos and clear, concise writing, it’s hard to go wrong with this book if you’re interested in forested landscapes. For instance, Wessels’ chapter on how to tell if a forest has overgrown an agricultural field is full of cool details that are widely applicable. Part of this has to do with the fact that, at least in North America, farmers have cleared and abandoned fields in pretty much the same way for hundreds of years.

Read the signs like a real detective and appreciate your forest walks even more with this handy guide from ecologist and environmental biologist Wessels.